Ark of Animals - a brand new game by Historical Games Factory - is scheduled for release in March/April 2014. It is the first title by HGF targeted mainly at younger players and it has now an entry in the BoardGameGeek database: http://boardgamegeek.com/boardgame/155113/ark-of-animals


In this game the players help Noah fill the Ark with animals and save them from Flood. They do it by simultaneously drawing animal tiles from the pool and placing them face down on their boards. Players score points for being the first to fill the Ark, collecting the most mammals, collecting sets of three different birds, reptiles or amphibians, etc. They should also remember not to place herbivores next to predators, as carnivores will simply try to eat other animals.

The game has various difficulty levels, introducing the possibility to balance the Ark's sides and managing grain supplies. Therefore, it may also constitute a challenge for more advanced gamers. 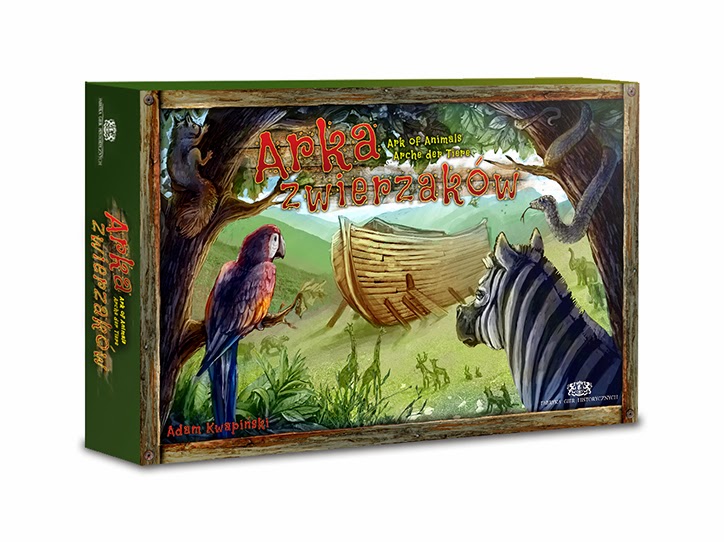