Only one week left before the start of our new campaign...
Alone™ on Kickstarter, February 14th!

Only one week left before 14th February, the launch date of our new Alone™ Kickstarter campaign! We have a few surprises in store for you... but let's start with some basic details. The available pledge levels will include a Rookie Pledge, for people who missed the first campaign, and a Survivor Pledge, allowing returning backers to obtain all the new stretch goals we manage to unlock during the new campaign at a very convenient price. During the first 24 hours of the campaign, the Rookie Pledge will also be available at a discounted price. 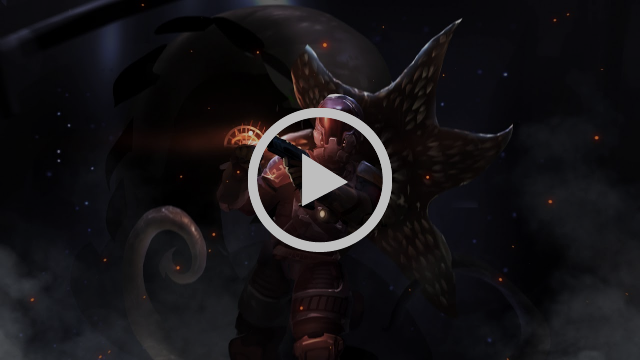 ALONE™ will be back on Kickstarter on 14th February!

With the Rookie Pledge, Alone™ will now be available in Italian, German, Spanish and French, along with the original English version. The Survivor Pledge will include a free language pack, too, allowing our original backers to obtain localized components for their game, if they so desire. No one will be left behind! 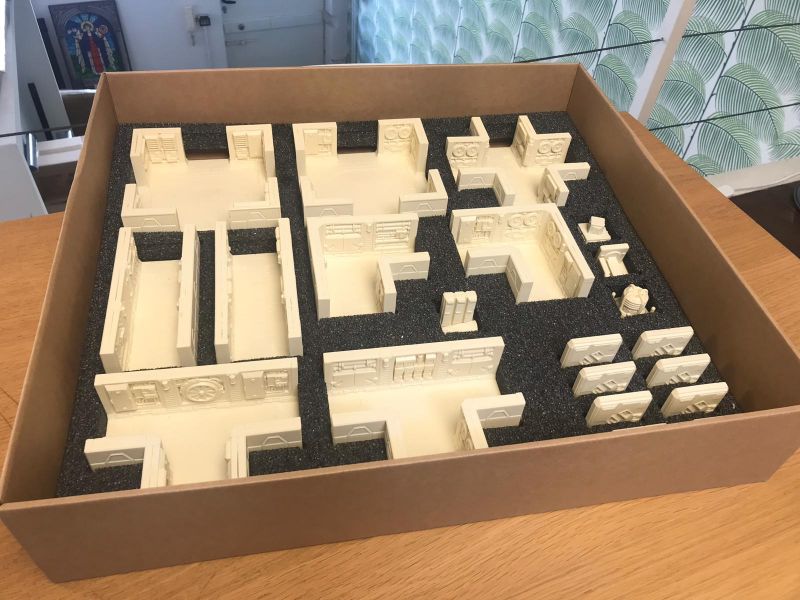 The very few remaining 3D Map Tiles Kits will also be available for purchase through a special pledge level. These custom resin pieces were only produced in extremely small quantities for the first Kickstarter campaign, and won't be available at retail.

This will be the final chance to grab one of the few remaining kits, there won't be another print run of this exclusive item! If you want one, make sure to be there right at the start of the campaign on 14th February at 11:00 AM ET / 17:00 CET!

We will also be offering several optional buys this time around, a popular request during the first campaign. These will include a Hero sheet playmat, a pack of translucent dice including 2 sets of custom dice (one for the Hero player and one for the Evil players), a pack of custom card sleeves to protect all the cards included in the game with style, and more. 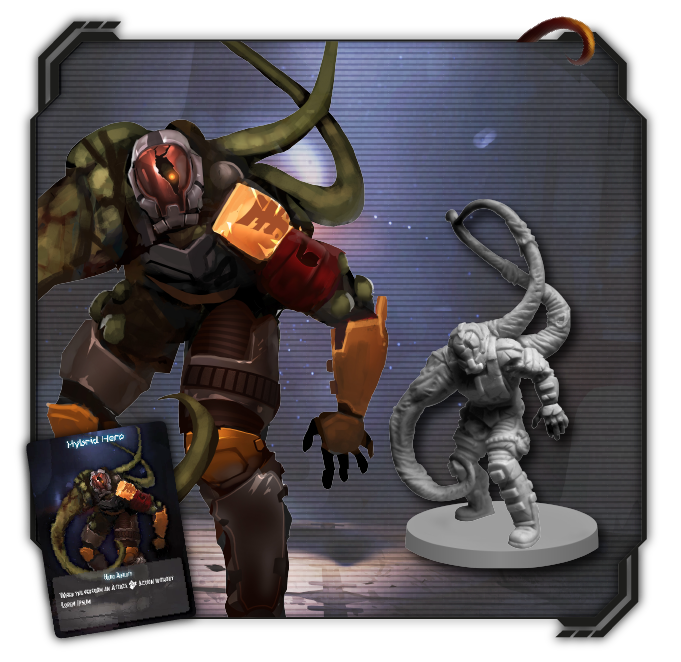 As a final teaser, we would like to reveal you the first new stretch goal of the upcoming campaign: the Hybrid Hero miniature (and related Character card, of course). Play as an infected human struggling to retain their humanity! With the stretch goals immediately following, we plan to unlock additional cards allowing the use of this miniature for other purposes, too... but these are small surprises we prefer not to spoil!

Only 6 days are left before the start of this new adventure, and we're beyond excited! See you on Kickstarter on 14th February, and be prepared!

Something HORRIBLE is coming, and we hope you'll like it!