Exodus Chronicles, a new edition of the critically acclaimed Exodus: Proxima Centauri has just launched on Kickstarter! The legendary 4X space empire builder has entered a new age – with a sleeker design, deluxe components (including over 120 custom ships), and the thematic and strategic depth of its predecessors!
Kickstarter campaign link: https://www.kickstarter.com/projects/nskngames/exodus-chronicles-a-classic-4x-saga-enters-a-new-e?ref=5shrdo 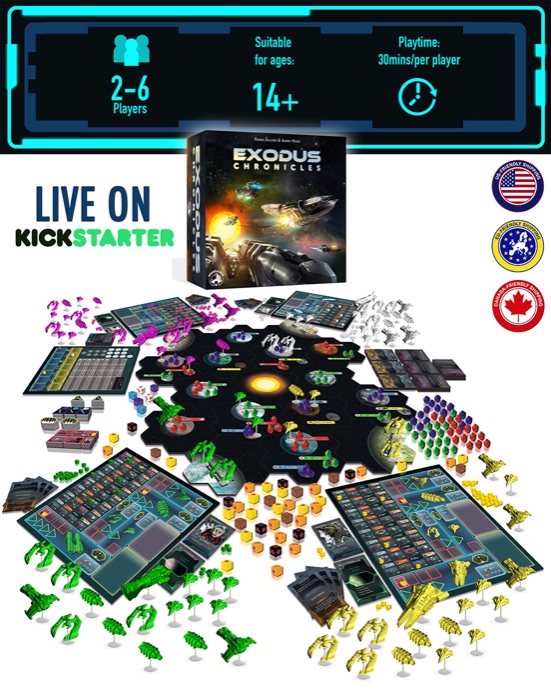 Designed by Rainer Åhlfors and Andrei Novac and developed by the Board & Dice team, Exodus Chronicles takes an innovative approach to the classic 4X formula. Featuring for the first time true exploration, Exodus Chronicles will allow you to lead one of 6 diverse factions to expand your territories and develop the iconic Exodus technology grid, build and customize your new fleet, negotiate with other players or outmanoeuvre them politically, and fight both players and the Centaurian resistance in space and on the surface of planets! 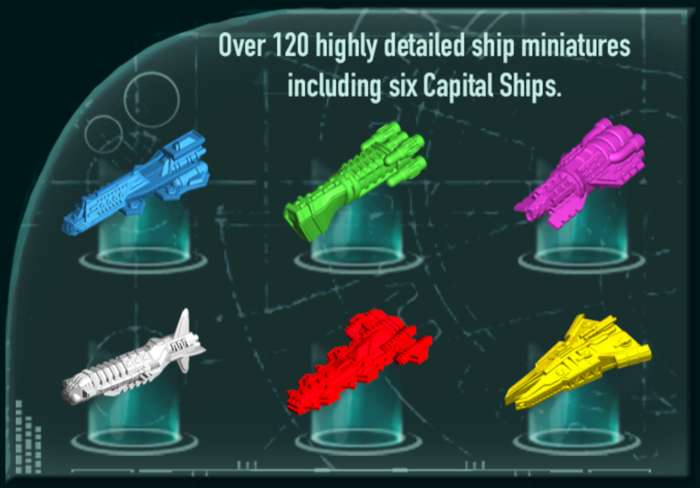 With gameplay changes, the components have also been overhauled, and Exodus has never looked better! Over 120 plastic, highly detailed ships especially developed for the game will come pre-packed with a set of flight stands, allowing them to ominously hover over the planets of the Chronicles universe right out of the box. Apart from a true mountain of cardboard player boards, sector tiles and tokens, you will also find 45 custom dice to roll in combat – each type belonging to its own ship cannon or a mighty weapon of mass destruction! 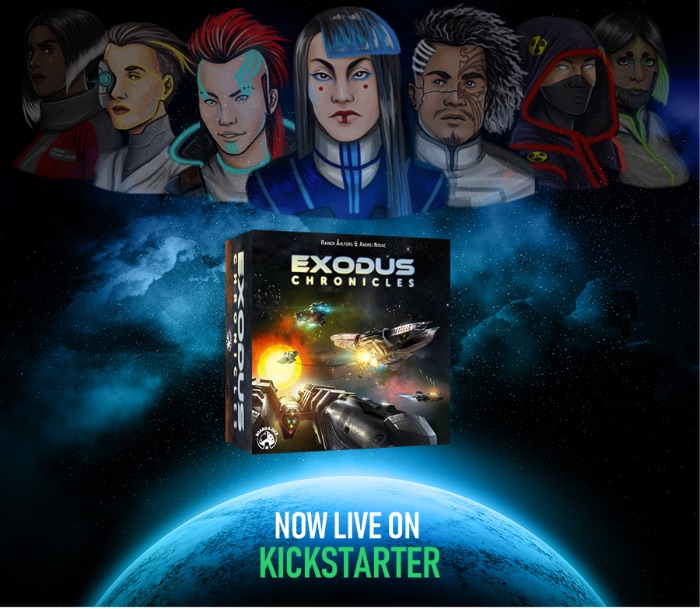