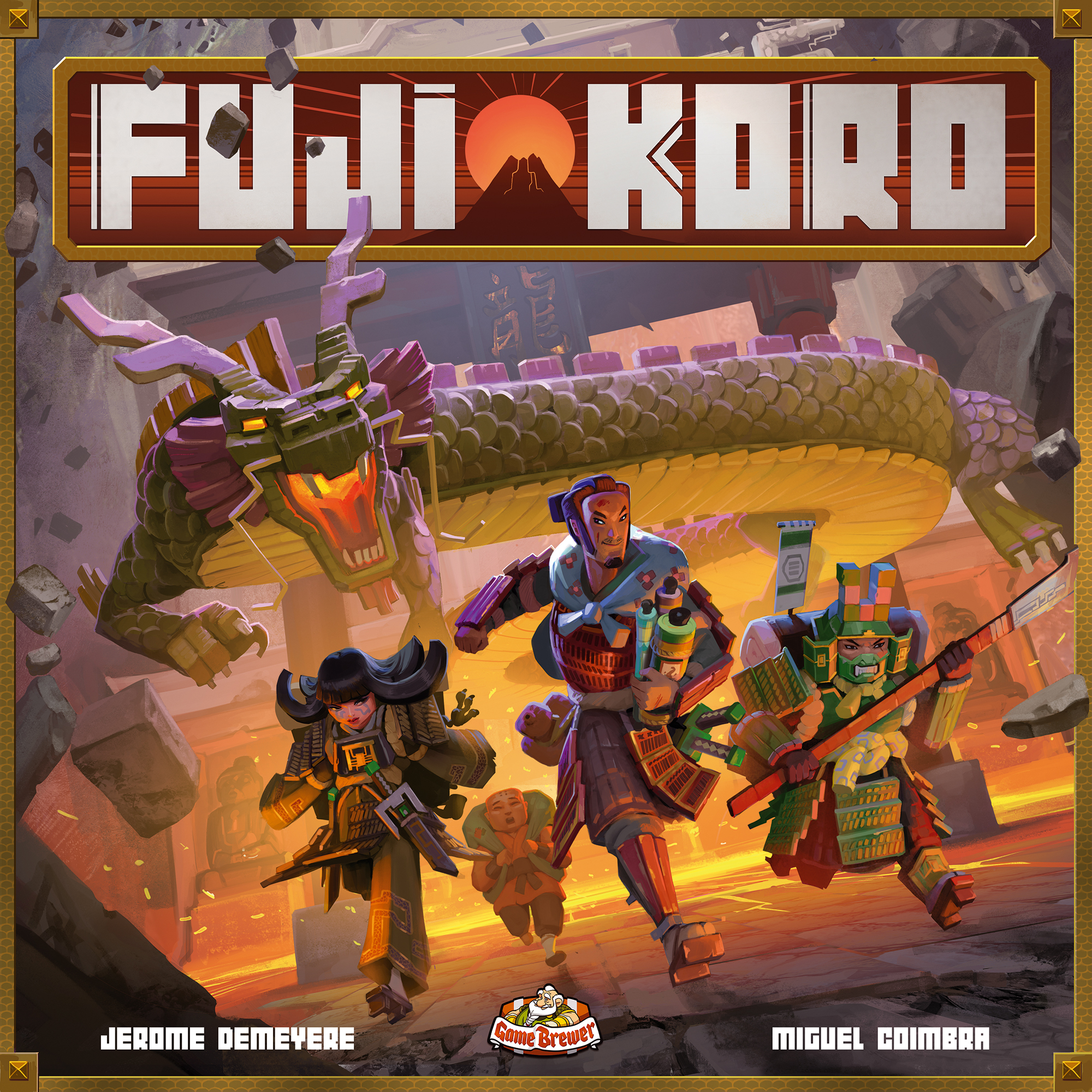 Fuji Koro is coming to Kickstarter on March 18!

Game Brewer is proud to present FUJI KORO, an exciting dungeon crawler game with euro style gameplay mechanisms, for 1 to 6 players, with a competitive and cooperative play mode.

This is by far our biggest production yet, with tons of components, in both the retail and Kickstarter Deluxe edition. We know that after the success of the Deluxe edition of Gùgōng, people's expectations will be very high for this new Game Brewer Deluxe game. It's definitely our goal to reach the same high standard with Fuji Koro, and even exceed it. 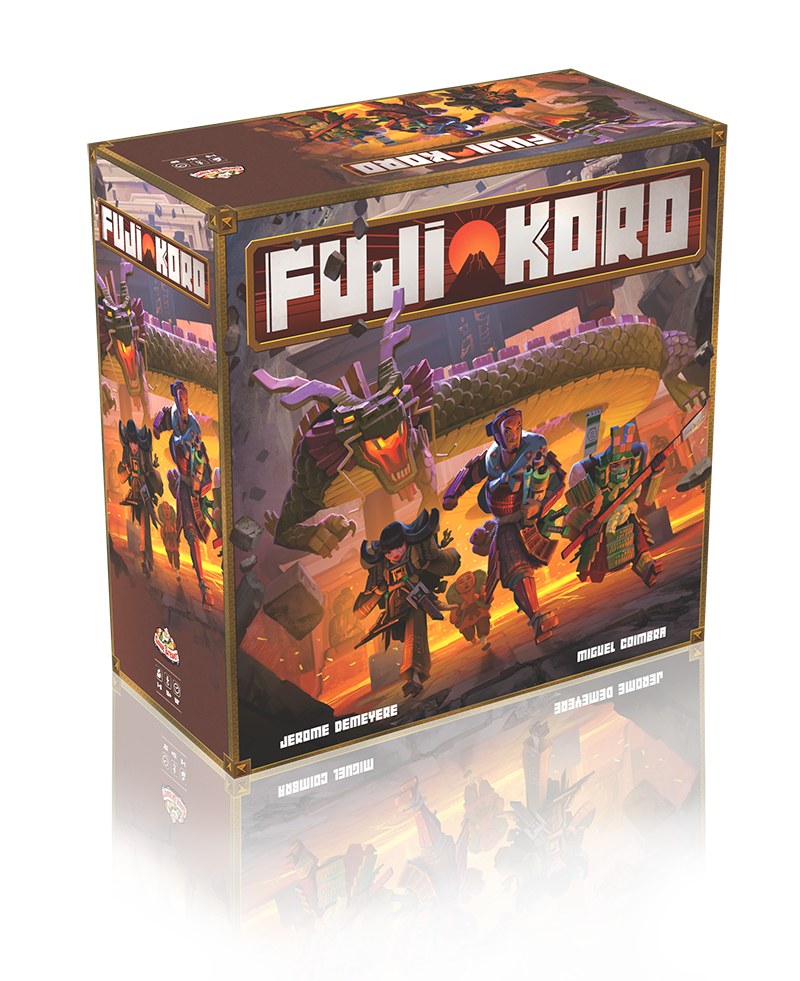 In the Deluxe box:
an oversized game board
6 custom player boards
300+ wooden components
19 plastic miniatures
25 custom dice
53 cards
100+ cardboard tiles
a custom insert with 2 dice trays
and more...
(Some of these numbers will depend on the Kickstarter stretch goals that will be met or not.)

Fuji Koro is a game by Jerome Demeyere, who came up with this great resource management idea in which you craft your own helmet, sandals and weapon on your player board with the resources that you gather on the volcano tiles. You’ll use the gear that you build on your quest to salvage sacred scrolls, monks and magical blueprints. But beware! When the end phase is triggered, only 8 turns will be left before mount Fuji will erupt completely and the cave will become inaccessible. 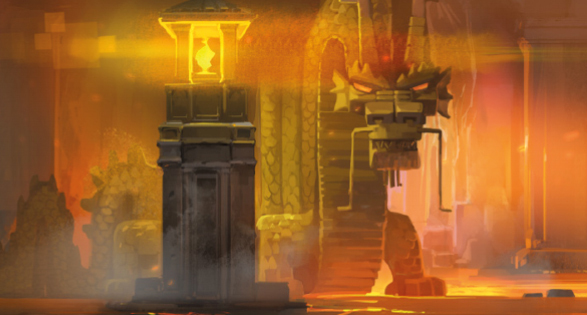 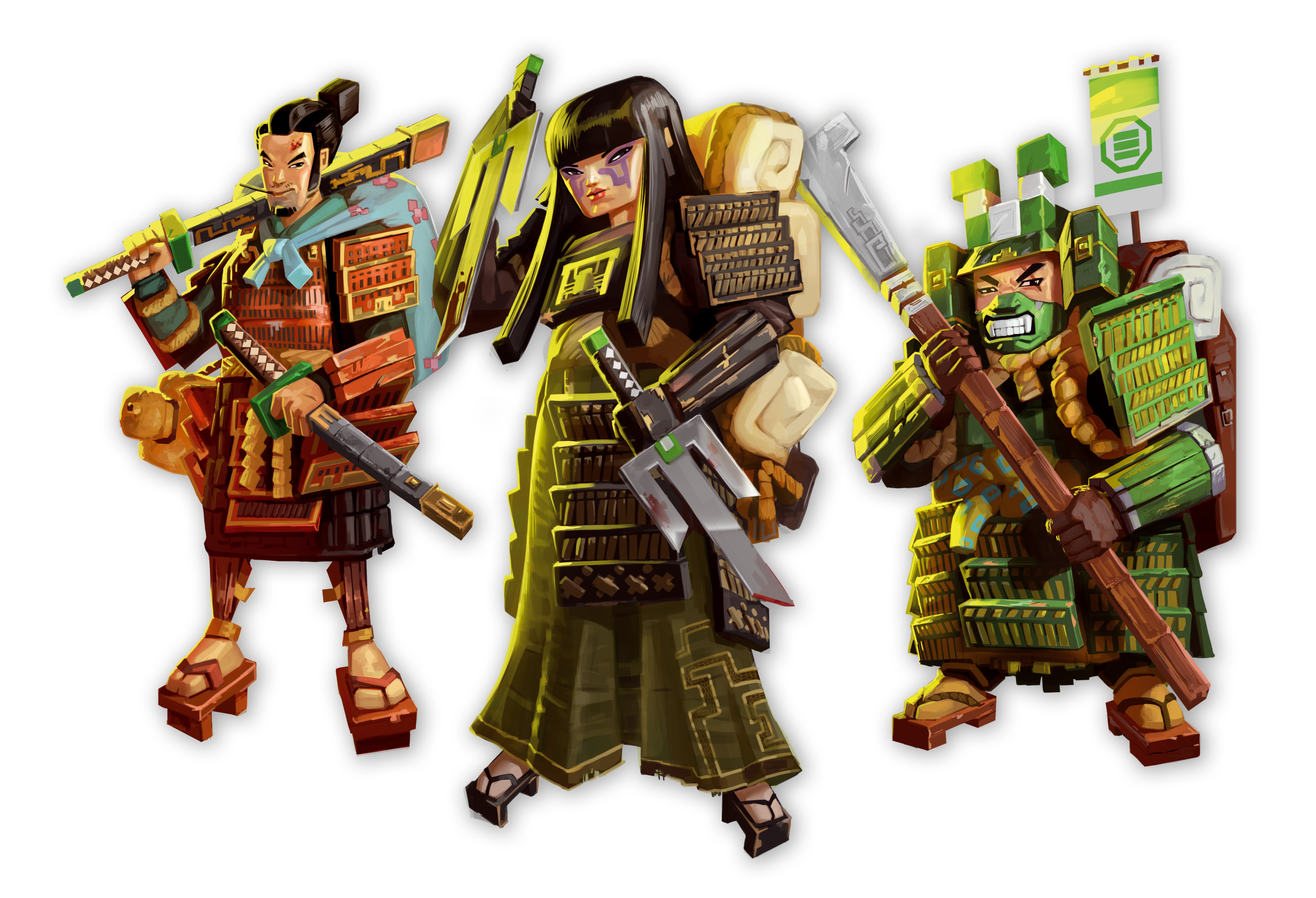 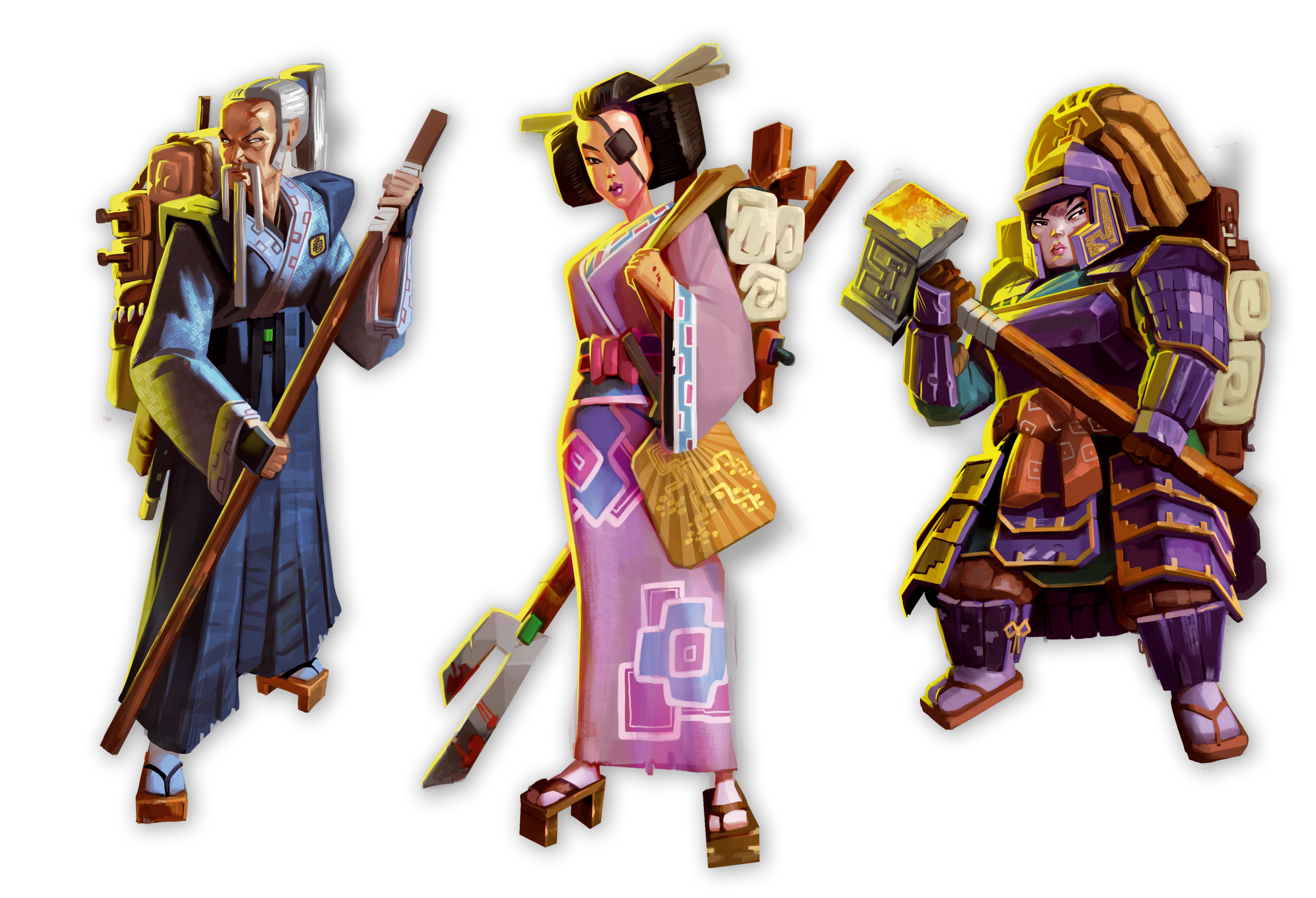 
Talented 3D artist Andrew Martin (www.monstercaesar.com) is currently finishing the 3D miniature designs for the 6 Samurai and 13 Dragons in the game, all matching the same art style.

Fuji Koro is a language independent game, which will be delivered with rulebooks in English, German, French, Dutch and Spanish. In the next few weeks, we’ll try to find partners for a localisation in even more languages.

We hope you'll all support us on Kickstarter to make FUJI KORO a reality! Coming on March 18, 2019...