CGE is thrilled to officially announce the newest 2019 title that they are working on right now: it’s called Letter Jam, created by Ondra Skoupý, one of their game designers. 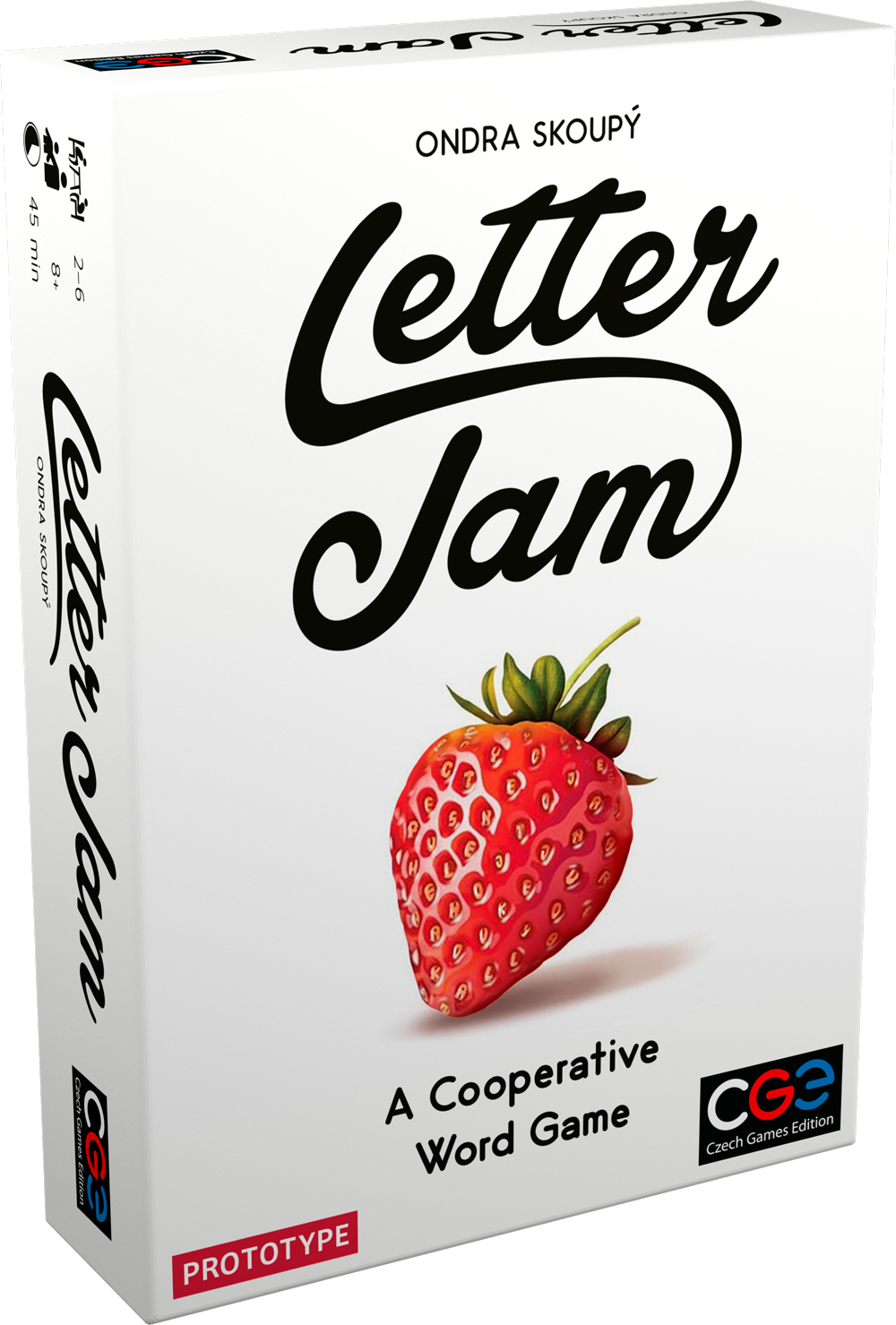 Letter Jam is a 2-6 player cooperative word game, where players assist each other in composing meaningful words from letters around the table. The trick is holding the letter card so that it’s only visible to other players and not to yourself.

By doing so, each player gradually learns what letters they’re holding. At the end of the game, by filling in the blanks and rearranging their letter cards, everyone has to find the word hidden within these cards, still without looking at them!

In the end, the more players managed to create an existing word, the bigger their common success.

The game will require everyone to use their best vocabulary. Both deduction and composition skills with a little bit of old-fashioned teamwork are the necessary qualities that will lead you to success.

A game of Letter Jam takes about 45 minutes to play. The release is in Summer 2019.