Throne of Allegoria: The Queen's Edition is coming to Kickstarter on January 6th! Game Brewer is proud to present this special "Queen's Edition" of the 2019 Spielworxx release Throne of Allegoria. This deluxe edition of Robin Lees and Steve Mackenzie's original game features revised graphics, rule books, and player aids to make the game language-independent, with rulebooks in English, German, French and Dutch. It comes with updated components, player boards, acrylic tokens, a consolidated main board, and so much more.


The beautiful Queen of Allegoria lies on her deathbed. With no heir, it is up to you to step up and claim the Throne. In Throne of Allegoria you take on the role of one of 4 great houses. You will have to bluff and outbid your opponents to perform more actions and then use them to your advantage for victory. 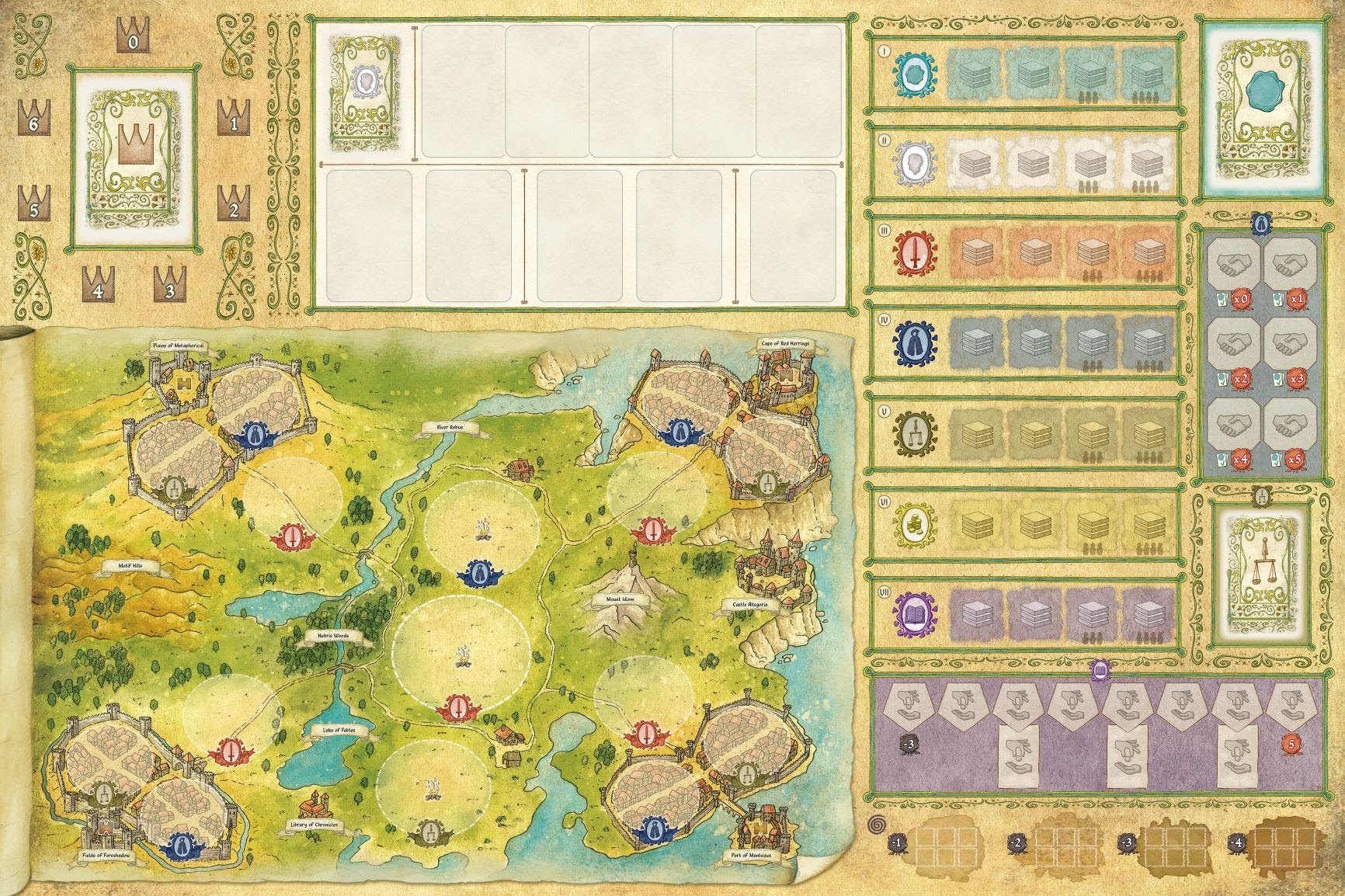 Complete your secret objectives to gain even more influence over the realm.
Assemble your workforce to strengthen your lands, and to send out
merchants, spies and soldiers to enemy territories.
Finally, show your benevolence by donating to the poor to
gain the support of the people. The player with the most influence at the end
of the game will take over the fabled Throne of Allegoria! To stay informed about Throne of Allegoria: the Queen's Edition, and learn more about the game play, we recommend you follow Game Brewer on Facebook, Instagram, and Twitter. We hope you'll all join us on the journey to bring this special edition to life.

Mark your calendars for January 6th!